Everyone loves a good sandwich. In 1762, John Montagu, the 4th Earl of Sandwich took some bread and threw some ingredients in the middle. It may seem obvious to us, but it changed lunchtime forever.

In Canada, there are two major sandwich or sub shops – Subway (an American chain) and Mr. Sub (Started in 1968 in Toronto by the name Mr.Submarine; they officially changed their name in 1990 to Mr. Sub).

We took a drive to both of these popular sub shops to discover the truth – which sub is the best? Should you go for Subway or Mr. Sub?

We break down our entire experience for you and ultimately tell you which sub we liked the best, and which sub didn’t quite make the cut.

Our Trip to Mr. Sub

Our experience at Mr. Sub was pleasant.

We ordered what they call their ASSORTED SUB on their cheese bread. It’s a sub with cold cuts – Salami, black forest ham, and luncheon meat (made with all RWA meats). We added some lettuce, tomatoes, cucumbers, peppers, pickles, mayonnaise, and their signature sub sauce.

We did notice that there wasn’t as much selection as Subway, but it certainly has the basics. I found that it was much quicker to get out the door at Mr. Sub, and I believe it’s because less selection means people have less time to decide what they want on their sub – just a thought.

It didn’t take us long to order, get the sub and then head out the door. It probably helped that they had only a few choices. One thing that I noticed was that the cheese was one large piece they could place on the sandwich. At Subway, they had to put down several smaller pieces of cheese. It all takes time, and Mr. Sub had the edge in speed.

Mr. Sub only had one type of cheese – mozzarella cheese. It does say on their website that they have several other types (White Cheese, Mozza-Cheddar Blend, Parmesan Cheese, Feta Cheese, and Cheddar Cheese) though I didn’t see them available. You may want to ask for other types of cheese when you’re there.

The service was good and overall it was a good experience. My foot-long sub was $9.25.

Our Experience With Subway

Our experience with Subway was good as well.

At Subway we ordered the classic Cold-Cut Combo on the Italian Herb and Cheese bread, which is comparable with Mr. Sub’s ASSORTED SUB on their cheese bread.

We had so many options at Subway (far more than Mr. Sub), which is good but if you’re in line with someone that can’t make up their mind, then it won’t be good.

The experience at Subway was good. It did take a longer to get out the door, but the customer service was great. The cost of the foot-long cold cut combo was $9.71.

First, both of the sub sandwiches were really good.

Yet, there was a clear winner, and I will break it all down below.

The service was great for both Subway and Mr. Sub. It was faster for Mr. Sub from ordering to leaving, but both offered friendly service and a quality product. I do believe that Mr. Sub has a healthier product, at least it tasted that way.

Let’s start with the bread. It definitely leans toward Subway. The Subway bread had more cheese and had more flavour. Mr. Sub’s bread was thicker and lighter; you got more bread on every bite.

Though both Mr. Sub and Subway bake their bread fresh daily, the Subway bread just tasted better and was more noticeable when you were eating the sub.

Both Subway and Mr. Sub offered quality vegetables and cold cuts. Mr. Sub just had less selection. I am assuming this is for faster service times, but if you’re looking for more varieties of vegetables, bread, and products, then you’ll like Subway better.

The overall taste of the sub has to go to Subway. Both sub sandwiches were really good, but Subway just had the edge in flavour.

As far as price, we lean in the direction of Mr. Sub. It was 46 cents cheaper for their foot-long cold cut sub.

There is one last important note that has to be mentioned. Mr. Sub is Canadian. If you’re looking to support a local company that started in Toronto, then I would head over to Mr. Sub and try one of their delicious sandwiches.

If you’ve never eaten at Subway or Mr. Sub, then you should actually give them both a try and choose which one you like the best.

They both offer a quality sandwich, great customer service, and a nice fresh, healthy meal.

Amanda is a Canadian travel specialist. She has traveled to all the Canadian provinces as well as from coast to coast several times. Amanda is a nature lover at heart. She loves learning and writing about the True North and the opportunities it has to offer. 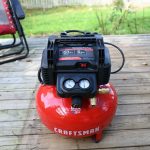 I Tried Wendy’s Breakfast – This is What I Thought!

10 Foods That Made Canada Famous