10 Foods That Made Canada Famous

Canada is known for more than Justin Bieber, Celine Dion and Jim Carrey.

Some pretty tasty dishes put Canada on the map. In this article, we’re going to look at 10 foods that have made Canada famous.

If you have never had poutine, then you haven’t lived.

Poutine is French fries that are topped with cheese curds and smothered with poutine gravy. It’s wonderful!

Poutine is a Québécois dish. It was first noticed in rural Quebec in the 1950s and was popularized in Canada in the 1990s.

Poutine is normally a classic dish, but people can get creative with different styles and takes. The Kroft in Anaheim, California, serves this classic dish in 6 different ways, including panko-breaded and fried cheese curds.

Poutine is also served worldwide in places like the Czech Republic, the United Kingdom, New York City, and even South Korea.

If you haven’t tried poutine, I encourage you to give it a try today!

Butter tarts are nothing fancy but are one of the best-tasting desserts you could ever eat. They are nothing more than a flakey pastry with a butter, egg, and sugar filling, but they are absolutely delicious!

The story of the butter tart goes back before Canada was even a country. 70 single women were sent to Quebec by King Louis XIV to help boost the settlement of what they called New France.

These bakers took what they had and created a yummy dessert with readily available ingredients. Justin Bieber would be so proud.

Butter tarts are known worldwide, and this simple recipe has even been used to create butter tart pies, cakes, cookies, and so much more.

It’s hard to go to any food store and not see butter tarts on the shelves. The biggest question when it comes to butter tarts is should they have raisins? If I had a vote, the answer would be no. Yet, you can add almost anything (except for raisins) into a butter tart, and it’s still going to pretty amazing.

This bake-less dessert is named after Nanaimo, British Columbia.

The earliest appearance of the Nanaimo bar was found in Edith Adams’ cookbook in 1953. According to Wikipedia, the idea of the Nanaimo bar also showed up in the Vancouver Sun that very same year and was called the London Fog Bar.

Nanaimo bars have a rich chocolate taste with a custard center. It’s light and flakey but normally very sweet. It’s served worldwide, and bakers have been creative making various falvours such as coffee, mocha, mint, and Cappuccino.

Lobster is so popular in Nova Scotia that even Mcdonald’s have jumped on the lobster roll train. The McLobster was first served in the Maritimes at Mcdonald’s restaurants in 1992.

Lobster rolls are nothing more than hotdog buns with about 3.5 ounces of light, flakey lobster meat. They are a tasty treat, that’s for sure, but where did the lobster roll come from?

There are several theories on where the lobster was invented, according to lobsteranywhere.com. Lobster rolls are native to New England’s six states and the Canadian Maritimes. The simple invention of a bun filled with lobster meat isn’t much to be proud of, but the popularizing of the lobster roll is another story.

I have tasted the most delicious lobster rolls in Nova Scotia, and if you haven’t had one yet, you’ll have to take my word for it. I am not sure if it’s the fresh Atlantic lobster that’s stuffed in the bun or the crash of the ocean while you eat it, but they are truly delicious.

I’ve tasted Montreal-style smoked twice in my life, once in Old-Montreal and the other time was in downtown Ottawa.

It’s an incredible, favourable sandwich that will have you wanting more.

The sandwich that I purchased was so packed with the smoked meat and tangy yellow mustard that I don’t think another ounce could have fit between those pieces of rye bread – it was so filling!

Schwartz’s, a Montreal Deli, is one of the most famous places in Montreal that serves smoked meat and has received worldwide attention.

The big debate around the world is should pineapple be on pizza? Those that hate it, really hate it; those that love it, really love it.

We also are the ones that created the Canadian Pizza, but I don’t think it’s as popular outside of Canada (though you will find a Canadian Pizza internationally). The Canadian pizza is topped with tomato sauce, mozzarella cheese, bacon, pepperoni, and mushrooms.

There is nothing better than fresh maple syrup on your pancakes (I’m talking about the real stuff from actually maple trees). Did you know that Canada produces 75% of the world’s supply of that sweet stuff? No wonder when you think of Canada, it’s usually a beaver, igloo, snowshoes, and maple syrup.

From maple syrup comes a whole bunch of great inventions, including maple bacon. Doesn’t that sound like a heavenly gift?

The province of Quebec is the largest producer of maple syrup. Canada exports almost half a billion dollars worth of maple syrup every year, and 90% of that comes from Quebec.

My favourite way to eat bacon is to wrap it around more bacon! In Canada, Bacon is loved so much that 23% of men ranked its smell as their absolute favourite fragrance (Step aside, Calvin Klein and say hello to the new cologne – bacon).

Peameal bacon is delicious on egg bandit or in a sandwich.

The origin of peameal bacon is hard to find. It seems that it was created in the Toronto area, although there are conflicting stories.

We know for sure that it’s Canadian and that it tastes amazing. You cannot visit Canada without trying a big slice of peameal bacon!

Though the idea of beef isn’t so much Canadian, Calgary beef has definitely put Canada on the map.

Alberta beef is world-famous, and if you’ve had the opportunity to try it, you’ll know why. Alberta beef is AA in quality, and workers do their very best to ensure that their product is top-notch.

Most of the time, Alberta beef is ethically raised and antibiotic-free and is raised on corn and grass.

It’s sold in the most sophisticated restaurants and is priced like gold when it comes to steak.

Kraft Dinner is the go-to meal of any college student.

It’s simple to make and tastes cheesy and creamy! Kraft Dinner has many names around the world like Kraft Macaroni and Cheese and Cheesy Pasta.

Kraft started selling his Kraft Dinner creation in 1937; during WW2, people were looking for more meatless meals, and with more women working outside the home, the invention of easy-to-create meals was widely accepted.

Today, Kraft Dinner is a staple in many homes around the world. Even though the name may be different and the Kraft company was started in Chicago, the idea was invented and packaged by a Canadian! We’re going to take credit for this one.

There are so many foods that are distinct to the people and culture of Canada that it’s hard to put them all in one article.

If we forgot your favourite Canadian food, then please add it in the comment section below.

Amanda is a Canadian travel specialist. She has traveled to all the Canadian provinces as well as from coast to coast several times. Amanda is a nature lover at heart. She loves learning and writing about the True North and the opportunities it has to offer. 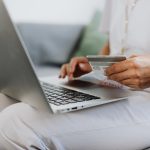 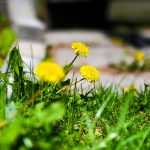 I Tried Wendy’s Breakfast – This is What I Thought!