Is Canada a Good Place to Live? 10 Reasons Why You Should Move to the Great North

Yes, Absolutely. Canada has a great reputation for being a friendly and safe place to live and raise a family. It’s one of the top 3 most popular countries globally and is ranked #1 for quality of life. Canada is the second-largest country in the world in its size, and its population is around 35 million people.

I know that Canada is great because I have lived here my entire life.

Even though every town, city, or even country will have reasons, someone shouldn’t move there. In this article, I will focus on why Canada is such a popular place to live. Below are the reasons why Canada is a great place to live and why you should consider making it your home.

When I was in high school, I was taught how Canada approaches multiculturalism. We were taught that Canada is a tossed salad (not like the melting pot philosophy you’d find in the United States) and blends several cultures, ethnicities, and languages. Canada boasts of 30 ethnic communities that have 100,000+ people.

The top ethnic communities in Canada are (no particular order):

No matter where you’re from, or the culture that you embrace. You’ll find Canada an inviting and accepting Country for you and your family.

If you love the great outdoors, then you’ll really love Canada. We have 10 million square kilometres of beautiful landscape, it’s like living in a postcard every single day of your life.

No matter where you decide to visit from coast to coast, Canada has breathtaking countryside, amazing coastal pathways, and incredible sights to behold.

Canada has 243,042 km of coastline and 561 lakes which include 4 of the Great Lakes. You can roam trails at Cathedral Grove Park in British Columbia, mountain bike at Algonquin Park, or take a swim at Little Manitou Lake; Canada is a nation that’s rich in wildlife and nature.

Juan Gavasa, an author on panamericanworld.com said that “Canada is to niceness as Saudi Arabia is to oil.”

Friendliness and helpfulness is in our culture and it’s refreshing to see in a world so mean all of the time.

When I visited the maritimes several years ago, every where you went you meant kind gentle souls that seemed to really care about you. It was a refreshing sight.

Education is an important part of life in Canada. In fact, Canada spends more on education per capita than other countries in the world.

Notice some facts about Canadian schools and post-education:

This means that Canada is a predominant contributor to the tech, medical, science, and industry fields. It also plays an important part in research and advancement.

With such a focus on education, Canadians are well-educated and study for more hours. Canada is ranked the number one country in the world when it comes to educated citizens with half of the population holding a post-secondary degree.

The opportunities in Canada are endless.

It’s a great country to fulfill your dreams and build a beautiful future for yourself and your family.

Canada’s economy is growing, which opens up many opportunities for jobs in several different fields. There are also great opportunities to learn a particular field and develop your skills.

There is less stress and pressure in the Great North than in other countries (Unless you’re a professional hockey player, and you play for a Canadian team – then you may have a little more pressure at work); this is because of the friendly culture and helpful atmosphere that is characteristic of Canadians.

A Great Home For Your Family

Canada is a great place to raise a family.

There are so many great places to live in Canada that it’s hard to list everyone of them, so we decided to just list of you the top five places to settle down and raise a family in Canada.

This is just the tip of the iceberg when it comes to finding a place to raise your family in Canada. There are so many wonderful places to live that it would be impossible to list them all.

I personally believe that no matter where you decide to settle down, you’re going to end up finding a very friendly people that’s kind and caring. You’ll feel right at home the moment you move in.

If county living isn’t your thing, then you’ll find comfort in knowing that Canada has some of the most beautiful and developed cities in the world.

Toronto and Vancouver are great examples of organized, bustling urban areas that are exploding with commercial and industrial opportunities.

These cities are busy and pricey, so moving outside the city limits is probably a better idea. You’ll get modern transit that will help you get to work on time, and bring you out and in the city whenever it’s required.

The healthcare system in Canada is a free and open system that’s paid for by the citizen’s taxes. Healthcare is free and available to all Canadian citizens or permanent residents and takes away the stress of not being able to pay for expensive procedures and medical appointments.

The crime rate in Canada is incredibly low compared to other countries in the world.

In 2017, there were only 660 murders in Canada in total, which compared to the state of California, in 2017, they had 1,830 murders. This is because the population in Canada is small, with only 35 million people, but it also has to do with its values that make up this great land.

Canada is a nation that is busting with heritage. From the shores of Nova Scotia to the forts at Quebec City, there is so much to explore and learn.

You can spend years just exploring the history within the borders of Canada alone and not even scratch the surface of the stories, events, meanings, and memories that it all brings. It’s hundreds of years of history that you’ll be able to dig into.

The wonderful part of Canada is that you get to enjoy all four seasons, the way that nature intended us to. The warmth of spring is special after a cold winter, but it’s during those cold months that we get to experience even more of nature’s beauty through Snowmobiling or snowshoeinge.

The frozen lakes convert into hockey rinks and the chilled white powder becomes the foundation for sledding and making snow families.

It’s all packaged together in a wonderful country of friendly people.

If you’re thinking about visiting Canada or even moving to this spectacular country, then do more research and come and experience it for yourself.

You’ll be glad you took the first steps.

Andy Peterson is an author and writer for Livethenorth.com. He has lived in Canada his entire life. He enjoys exploring the country and traveling from coast to coast. Andy is an expert in knowing how to LIVE THE NORTH and enjoys sharing his experiences with living in the True North. 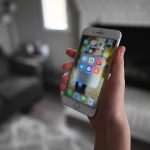 Best Provinces In Canada To Live And Work